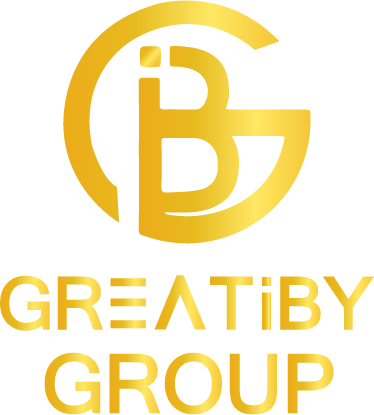 Ibrahim Shamac founded GreatIby Group in 2022; before its official launch, our C.E.O featured as a “Jack of many trades and a master of all,” as he has a remarkable portfolio and satisfied clients and partners in the entertainment industry, predominantly in movie and content creation and also in the crypto-verse as he is one of the first people with access and genuine interest in cryptocurrency years ago.

Before the birth of GreatIby Group, Ibrahim sits pretty as the Director at Shamac Petroleum co. Ltd, a reputable Oil and Gas company with many deep ties and roots in Nigeria. Ibrahim commemorates his gifts by founding the Great Iby Group to gather all his skills, talent and resources in one hub.

GreatIby Group is a collection of firms predominantly in the Oil and Gas, Show Biz, Real Estate and Digital Assets universe. We aim to link investors with the best deals, investments and platforms in this sector while also creating opportunities for unique individuals to put their talents and skills to great use.
Before merging with this hub, our Show Biz firm had films, skits, and movies that grossed admirably amongst Nigerians and Africans. We’ve shot, produced, recorded and brought together many talents across all levels in the entertainment field, from homegrown talents to international A list talents…
Our Oil and Gas firm can be partly tied to our founder’s significant involvement with Shamac Petroleum. We have a firm footing in this sector, and you should reach out to us for further discourse…

The Real Estate parts of our hub feature many properties that we have either developed or managed and are available for sales and leasing across various parts of Nigeria…
With Digital Assets like Bitcoin, Ethereum, Cardano and a host of others being the talk of the day, Great Iby has remarkable tools to facilitate the exchange, purchase, transfer, and sell your digital assets with ease… 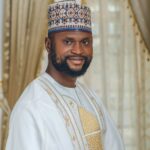 He had his youth service at Ogun State in the year 2009/2010 where he served as a Site Engineer at Office of the Governor, Bureau of Electrical Engineering Services Oke’Mosan area of Abeokuta, Ogun State, Nigeria. Ibrahim left for the United Kingdom for his masters’ program after he concluded the National Youth Service Corp (NYSC) program in the year 2010 where he studied Digital Visual Effects which was spurred due to the love he had for movies.

He concluded his Masters program with a distinction to his profile. He started his early career life with the Information and Communication Technology Agency, Edo State working with the Website Unit from the month of September 2012 till June 2016.

During the period under review, he was entrusted with providing detailed services in planning, designing and building of Edo State official web platform and a few other technical task related to the website, in charge of creating graphics for the agency, supported the Unit in content management and he actively engaged members of the unit in taking decisions and execution of task. Ibrahim Shamac’s passion for business was developed right from childhood as he grew to see his parent as business owners, and he overtime assisted carefully in growing his parent business while he was a teenager. He ended up specializing in movie and crypto-currency trading.

He holds on high esteem Kunle Afolayan, he finds him as a energetic and passionate individual who is dedicated to his work and finds his achievement a highly commendable feat of success. Ibrahim is highly motivated and determined to achieve a great stride of heart breaking achievement in the movie industry, to start with, he plans to expand his scope of operation of his movie production and crypto-currency trading business.

He has produced hit movies which one of it was named ‘’African Messiah” which starred movie stars like Nadia Buhari, Darlington Achakpo “Speed Darlington” Temidayo Omoniyi “Zlatan”, Nosa Afolabi “Lasisi Elenu” Charles Okocha and many others. He intend to construct the best art film production studio in Lagos with top notch equipment’s. Ibrahim wants to change people’s perception about film production in Nigeria. Ibrahim is a great Philanthropist who always have the people at mind.

Want to SELL YOUR CRYPTO FOR QUICK NAIRA?

GreatIby Group is a collection of firms predominantly in the Oil and Gas, Show Biz, Real Estate and Digital Assets universe.